The Science behind Pokie Machines 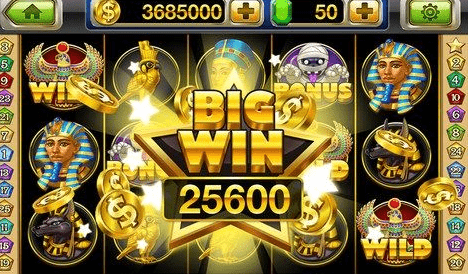 For many centuries, casinos and gambling houses only had the so-called “big games”, like Roulette, Poker, Black Jack, Baccarat, etc., but the invention of pokie machines made it possible for everyone to play there at once. You do not need to know any special rules and you do not need to play with or against other players. But the main reason why pokie machines became so popular is another: you can play with relatively small stakes. By the way, this was also the motivation of Charles August Fey, who emigrated from Bavaria to the USA as a young man. He was broke and could not afford a “big game”.

The symbols on the 3 reels were horseshoes, spades, diamonds, hearts and the Liberty Bell. A good 100 years after American independence and in the middle of the conquest of the Wild West, the Liberty Bell had a special meaning for the Americans. And that is why it chose Fey as its most valuable symbol.

And ever since the comic boom, which has been unbroken up to now, pokie machines have been designed again and again on this theme. However, this reference to current trends alone cannot explain the attraction of pokie machines.

Closely related to the thrill is the feeling of an actual win. And, surprisingly, this feeling is independent of whether the winnings achieved exceed the stake. In the case of pokie machines, it often happens that the minimum stake exceeds the smallest possible win. But even then the joy of winning outweighs the sadness of losing the larger remainder.

Winning on a Pokie Machine is a Great Joy

A win often confirms players in their assumption that they read the machine correctly, clicked at the right time or even just chose the right machine. Despite the players’ knowledge that pokie machines work randomly, they feel confirmed in that moment and their self-esteem rises. In amusement arcades or casinos you can often see players turning to their neighbours at this moment and waiting for a gesture of recognition.

No matter how small the winnings, perhaps even smaller than the stake, the player’s imagination starts to imagine what could be done with the winnings. Plans are made or the stake is increased, in the expectation of a “run”.

While the excitement seems quite logical when it comes to the prospect of winning or actually winning, this is not so obvious when it comes to losing. And indeed, at the moment of losing, negative feelings such as depression or despair prevail. However, players are attracted by the incentive to immediately make up for their losses a very short time later. There are players who describe this state as more appealing than a phase in which they constantly win.

Physiological Reactions During the Pokie Game

Research has shown that players show not only psychological but also physically measurable reactions while playing. For example, a higher heart rate or a higher skin conductivity can be seen as indicators of a higher level of arousal. Increased muscle activity can also be measured.

It is interesting here that these signs of physical tension are closely related to the level of exertion. It does not matter whether it is real money or play money. What is unusual and surprising is that the values differ significantly between men and women. Men’s heart rate increases much more than that of the female test participants.

In addition to the visible body reactions, there is also an increased hormone release while playing at pokie machines. Thus the adrenalin concentration in the blood increases and reaches its peak, as already indicated above, during the first game after a loss. However, there is a clear difference between playing for real money and for play money. The difference between the sexes remains.

In addition to these scientific findings, there are also a number of studies that deal with why players play at all. For this purpose, many pokie machine players were asked about their motivation and provided interesting and sometimes unusual answers.

At the top of the list of answers to the question about motivation is relaxation. During the game, negative thoughts can be repressed and tension and stress can be reduced. According to the players, this effect is already achieved by the mental preoccupation with an upcoming game. This means that relaxation is not limited to the actual game situation.

The increase in self-esteem is also a frequently mentioned argument on the question of why a person is playing. The self-chosen machine, the certain moment of starting and stopping the game – players can register all this as their own merit. In this way, a win is not blamed on chance, but on one’s own dexterity. And the player attributes even luck to himself, because luck rewards the capable.

The above-mentioned money winnings or the creation of an exciting situation are also important motives to play.

Tactics of the Pokie Manufacturers

Of course, these findings are not only available to game scientists, but also to the manufacturers of pokie machines. And they are trying to reinforce them specifically with certain features of the machines.

Every Pokie Machine Player Hopes for such a Win

The payout interval has everything to do with time. With a selection of online pokie machines, the time between winning and paying out the money is very close together. In the gambling house, the payout is even immediate. And also when playing in Internet casinos, your winnings are credited immediately. Here it is not important whether the money is real in the bank account or in the wallet, but whether the winnings are available as a stake for further games. The manufacturers and operators of pokie machines are therefore very interested in encouraging their customers, i.e. the players, to continue playing by paying out winnings immediately.

Probability, Jackpots and Near Wins

The probability of winning can be mentioned as a further point. Wins are, as described above, one of the main reasons why people gamble at all. And the more often people win, the longer the player stays “on the ball”. With statements such as “20 pay lines”, the manufacturers raise a profit expectation among players. Only the smallest winnings, which occur most frequently, never or almost never exceed the stake. The player wins and “triumphs”, but still loses part of his stake.

The amount of the maximum win also plays a role, especially when choosing the game. Pokies that have a jackpot function are very popular. Even though winning this jackpot is almost impossible, it encourages players to continue playing. If they stop, they lose their chance to win the main prize. This is also where the competitive character comes into play. If it is a jackpot, the players not only play against the machine, but also compete with the other players for the jackpot.

Pokies with Free Spins are Particularly Popular with Players

An important element of the machines to bind players is the so-called almost-wins. This becomes particularly clear in games with scatter symbols. If you win 10 free spins with 3 scatter symbols, no matter where they appear, and 2 are already there, the music changes. In addition, the last and decisive reel spins at a different tempo and especially longer than usual to increase the tension. If there is then no scatter symbol on the last reel, the player has the feeling of having almost won and thinks that the next time it must work out with the winning of the free spins. So here, a loss that feels like an almost-win encourages him to continue playing and “ties him up” to the machine.

The variable insert height is also an important motivating factor. Like the inventor Charles August Fey, many players cannot or do not want to afford roulette or poker. If you have $50 to play and the minimum bet in Roulette is $5, you can play a maximum of 10 rounds if you are very unlucky. This takes no longer than 20 minutes.

The minimum stake in pokie machines is much lower than in other games, but the maximum stake can be relatively high. Because of this low entry height, all players can play at pokie machines and because of the great variance of the stakes, losses can be “recovered” in a single game. This makes the pokie machines very attractive, which the manufacturers have recognized and taken into account. Another element of the minimum stake is the stake and win ratio. Even with a stake of, for example, 50 cents, it is possible to crack the jackpot and win several $10,000 or even more.

In the case of pokie machines in Internet casinos, the absence of the haptic feeling of money is also an important feature, but more so for casino operators. By uncoupling the player from the cash he has to put into the pokie to play, the player loses the feeling of losing. By recharging the account with credit cards, Bitcoin, Neosurf or other prepaid providers such as Paysafecard, the player loses the conscious feeling for the sums he is betting. As a result, these sums become higher and he plays riskier.

This risky game is also encouraged by the light and sound effects of the pokie machines. The visual as well as acoustic background music to the winnings gives the player the feeling that winnings are much more frequent than expected. In a series of tests, players were observed and questioned about the game on “normal” and on modified pokie machines that had no sound and light effects. When asked about the frequency of winnings, the players at the modified machines estimated the proportion of games won much more accurately than those where winnings were accompanied by effects indicating a significantly higher number of games won.

The underlining of a successful game is therefore by no means only a recognition for the player, but also and primarily a tactic of the manufacturers to suggest to the player a more frequent winning frequency.

As a last point, the targeted control illusion can be mentioned here as a measure of the pokie machine manufacturers. By actively involving the players in the course of the game by pressing the start button or the risk button, the player is suggested the possibility of influencing the course of the game. This leads to players being blamed for losses on themselves and their lack of skills. Players are given the feeling that they can improve their chances of winning through practice, which in reality is not the case with pokie machines as they are random games. This is different in sports betting, for example, where there is a real difference in the chances of winning between experienced, well-informed bettors and newcomers.

The Attraction of the Pokie Machine Game

So there are many different reasons why people gamble – the thrill, the prospect of winning, the fading out of everyday life. The manufacturers and developers of the machines are also familiar with all these factors. And they make use of them through targeted amplification.

On the one hand, of course, this is a tactic to be able to continue to pull money out of the players’ pockets. On the other hand, it is also simply fun when the machine almost performs a somersault when a player wins, thus increasing their own pleasure. Either way, players are deluding themselves if they think they are in control of their game at all times.

Spread the love Adidas is the most famous brand for sneakerheads, owing to its extensive footwear collection. The shoes are[...]